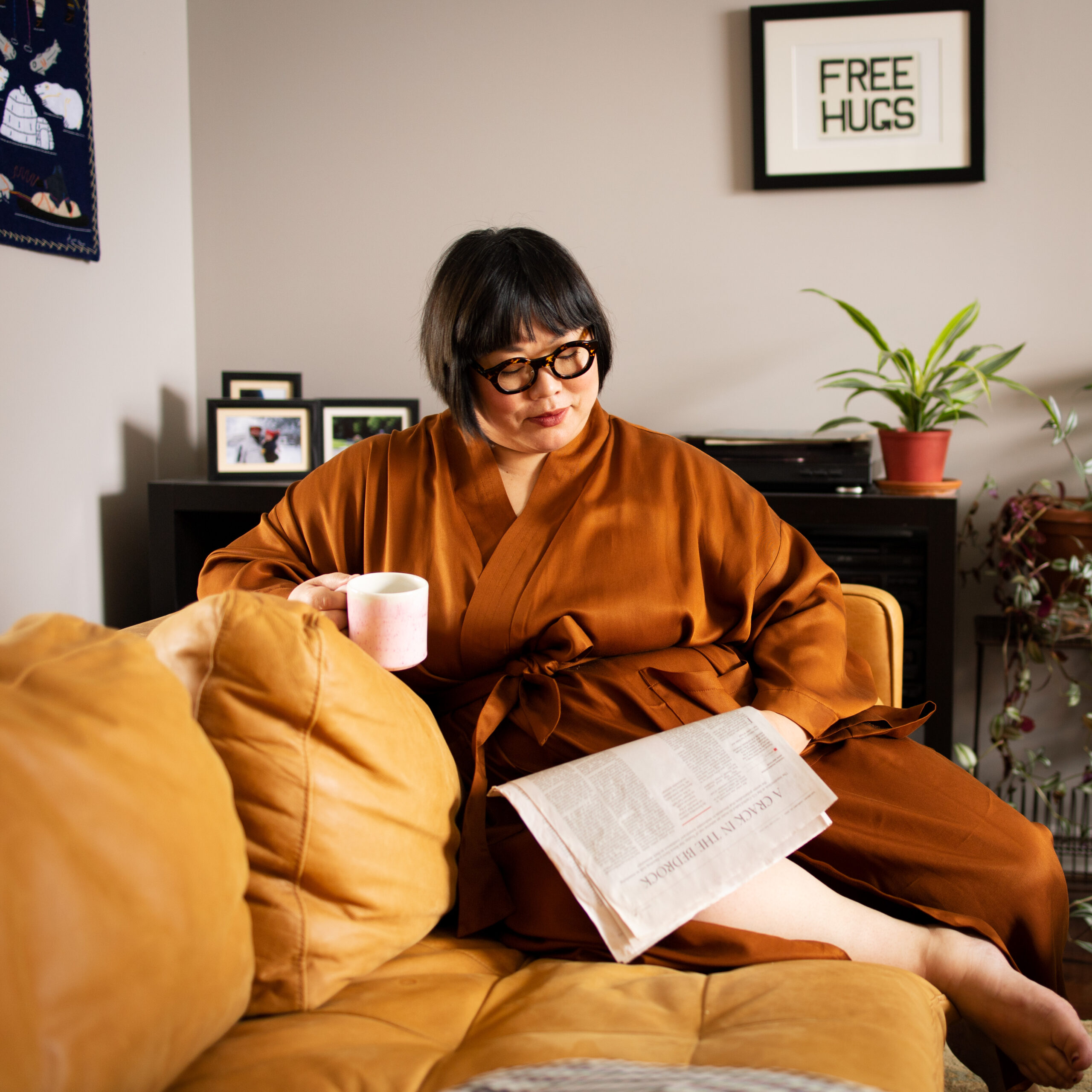 scroll to read my blog 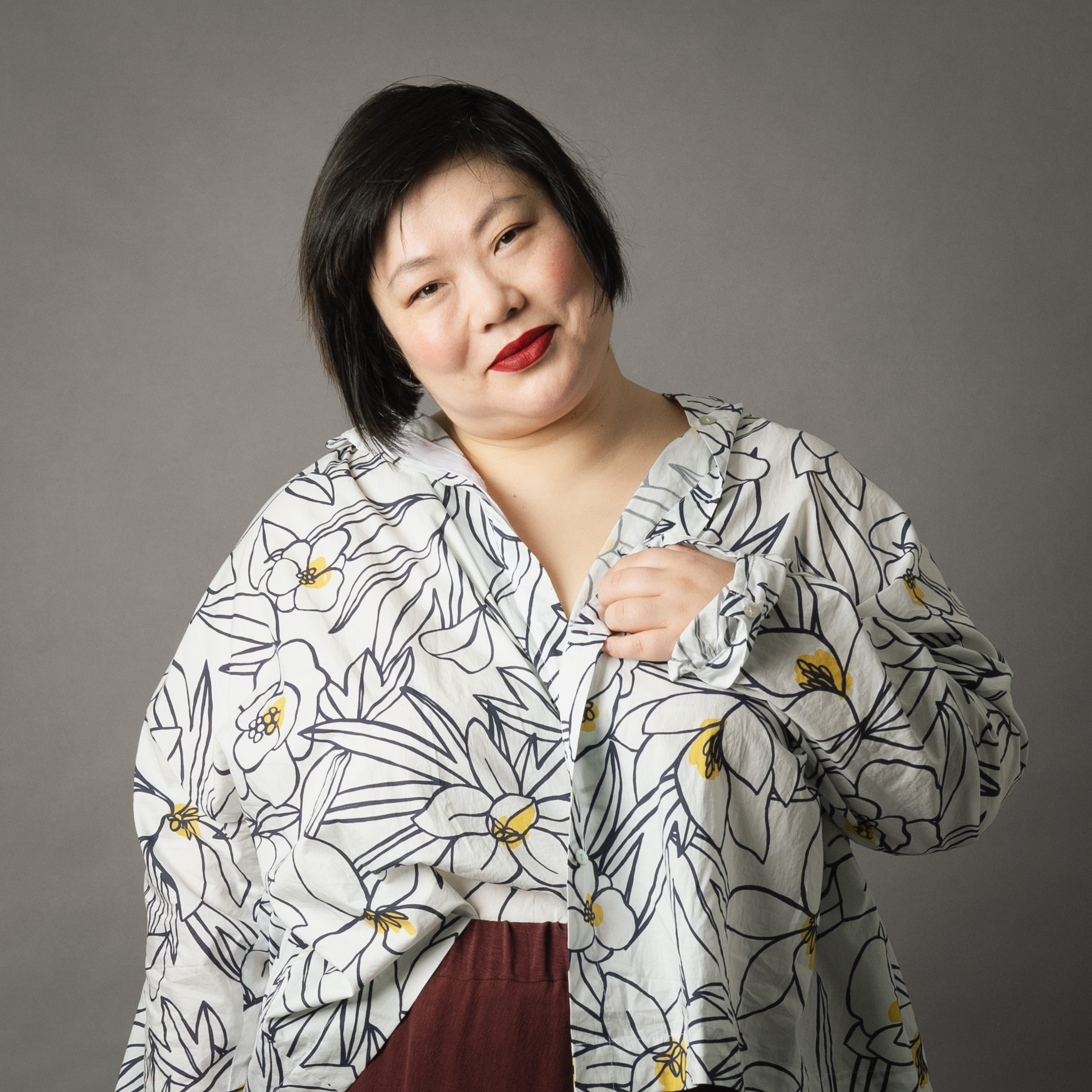 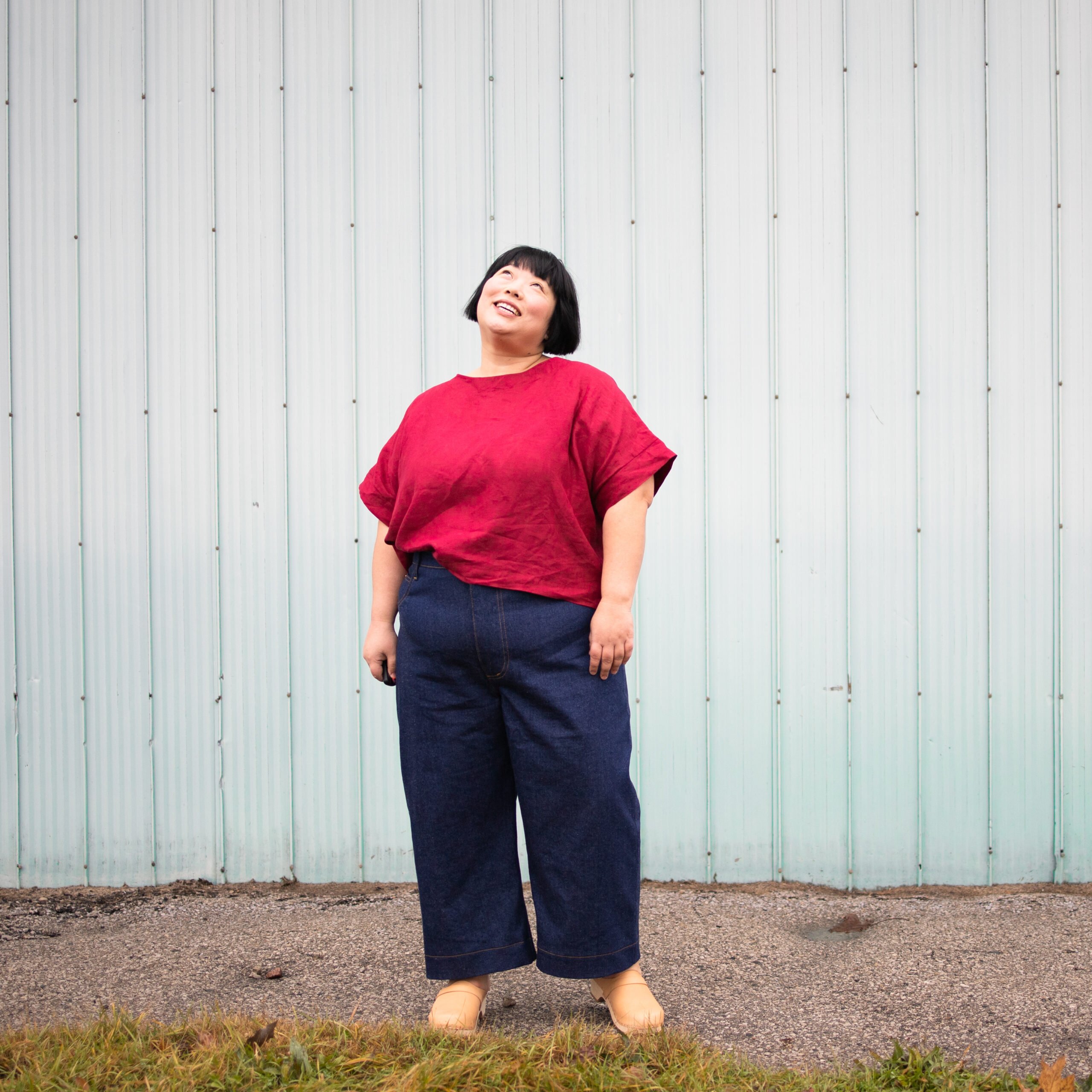 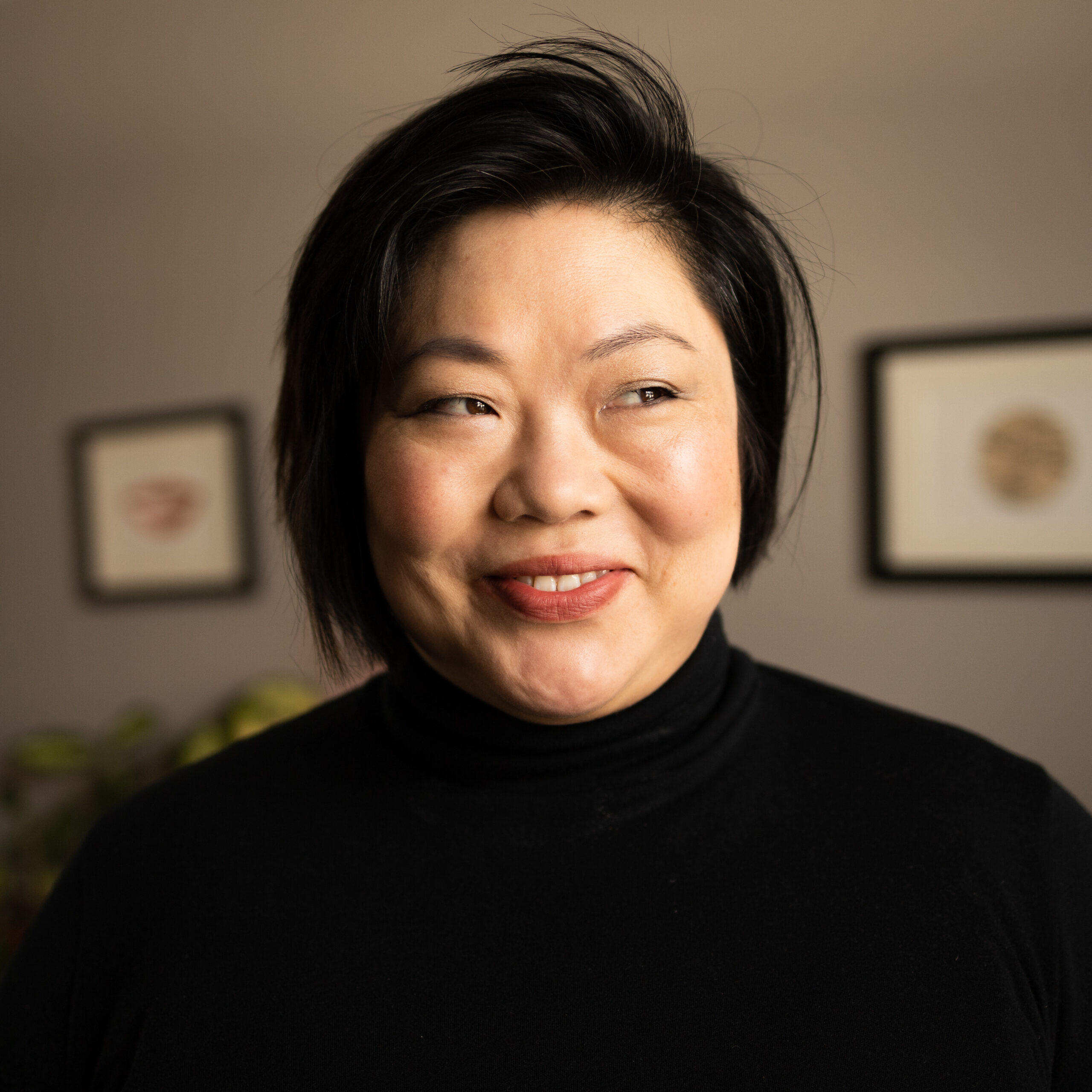 Hi! I'm Leila Kelleher (she/her) and I am a pattern designer, activist, and Assistant Professor of Fashion Design and Social Justice at Parsons School of Design in New York City. My work at my sewing pattern company, Muna and Broad combines my expertise in patternmaking with my knowledge of the human body to ensure a great fit for plus size bodies. I strive to make sewing and fashion accessible - we all deserve to swathe our bodies in beautiful garments to express our style, because sewing is for everyBODY. 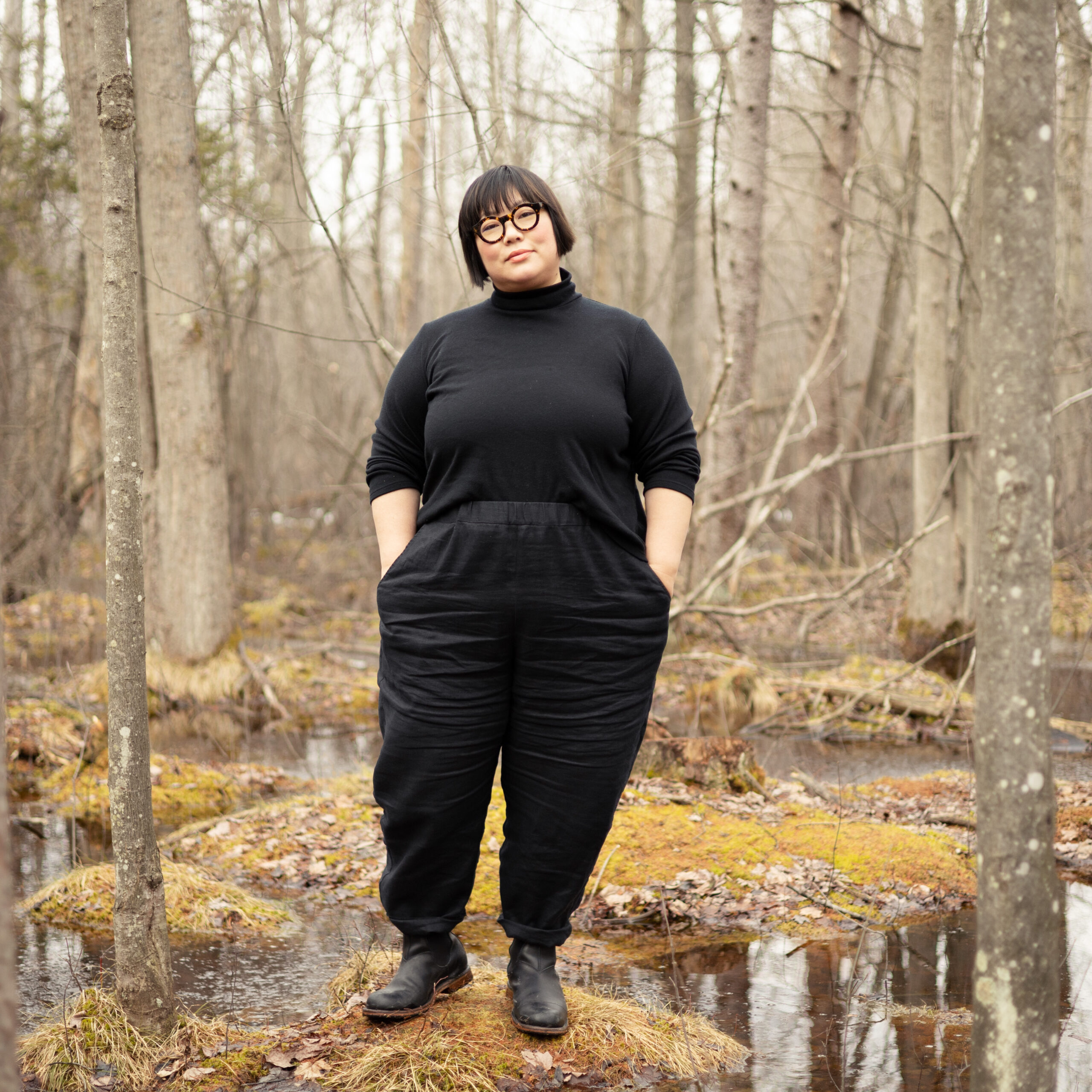 March 22, 2021 by munaandbroadly No Comments

If you support businesses that trade on the commodification and appropriation of Asian identity and culture, YOU are part of the problem. Ouch. None of us want to think we have done racist things, but we all have.

Ask yourself: why would a company choose Asian words to sell garments if they don’t have a personal connection with that culture or country beyond travel. It’s to feed on the exoticism or perceived coolness of that culture and that is exploitative.

When you purchase a garment or a sewing pattern that uses an Asian word, name, or garment type name, you are part of the fetishization and the dehumanization of Asians and Asian culture. This is a rung on the ladder that also includes the Asian sexualization and fetishization that fueled this latest bout of violence.

In addition to any larger social justice you might be participating in, I call on you to share your anti-racist actions that specifically relate to the slow fashion and sewing communities. Let’s make these actions the norm. Be part of a movement to affect some change here in our beloved communities. Here are some action items:

-Ask companies to change their practices. Be specific. Unfollow them and their hashtags and let them know why you will not support them until they change. Asking and waiting isn’t enough. You need to demonstrate that it is important to you by unfollowing.

-Stop sharing garments that are appropriative in name or garment type name. Take responsibility for your past actions. Delete old posts that feature appropriative words. Sharing doesn’t just benefit the company, it benefits you too. Are you OK with that?

-Do not take workshops or follow people that are sharing cultural sewing practices outside of their culture unless they have spent significant time in that country AND have been given permission by cultural knowledge keepers to share. Examples of this include Sashiko and Shibori.

-Do not wear, buy, or make items with Asian language writing , “China Doll” imagery, Asian pinup girls, bamboo print, fake Shibori, other “Asian-style” prints or images. Turn these into rags if you already own them or overdye them.

-If you are requesting cultural advice, hire a BIPOC from the culture or ethnicity you need advice on. But here’s a tip: if you’re questioning if something is problematic, I almost guarantee it is. Own up to your mistakes

-Support Black, Indigenous, Asian, and other POCs by amplifying their work and supporting their enterprises. 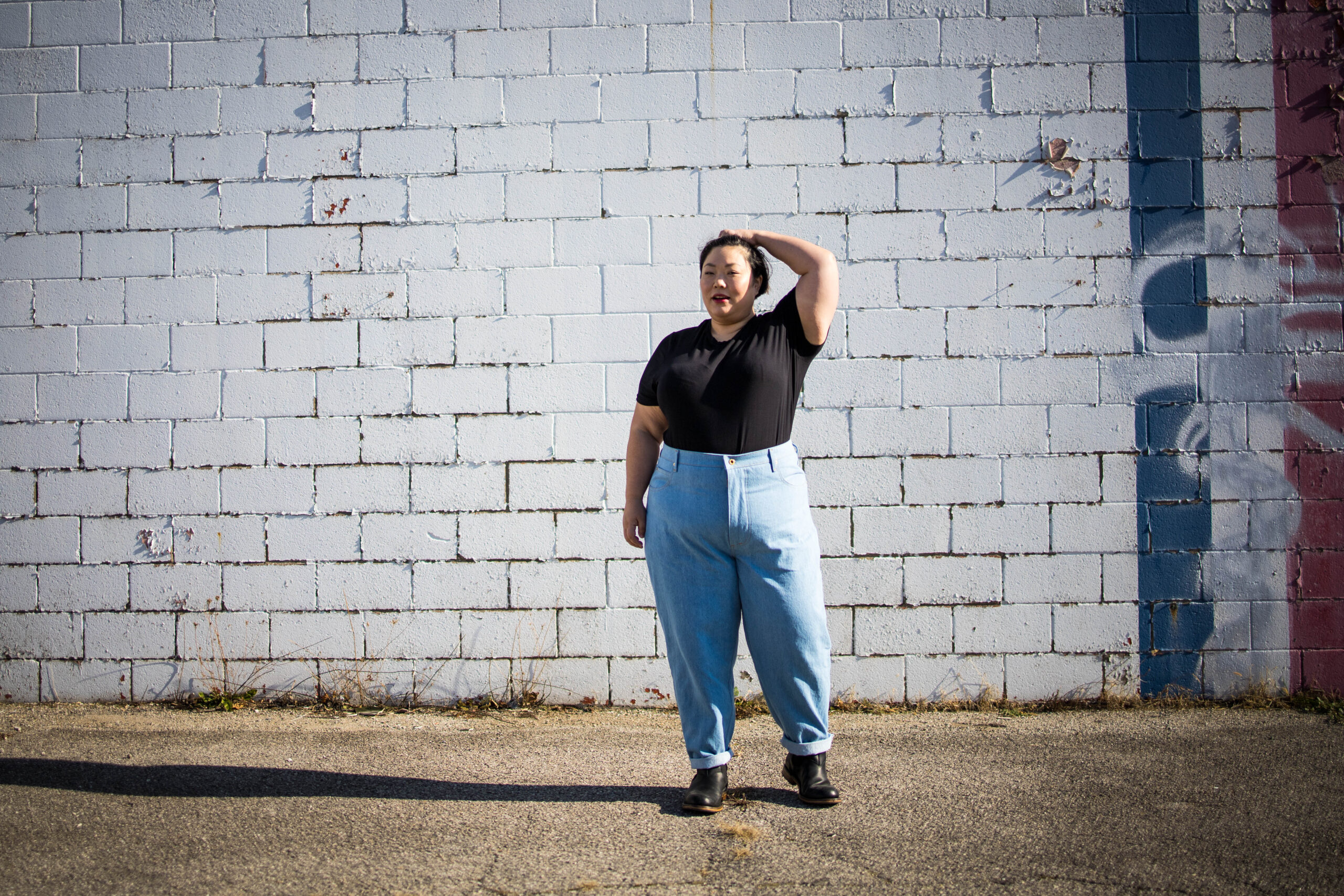 March 21, 2021 by munaandbroadly No Comments

My body is worth it.

My body is worth being clothed with care and consideration. I will not settle for things that don’t fit right.

My body shouldn’t be an afterthought. It is not difficult, or a way to deflect social media scrutiny. I’m not grateful for your crumbs.

Clothes hang differently on my body than thin bodies – it’s an opportunity for expression, for new shapes, and artistic freedom. It’s not a problem to be solved or diminished.

I am to be valued for the body I have. It’s ideal as it is and deserves patterns and clothes that were made for it, not in spite of it. Don’t hide me on the last slide of your post.

Look at me. I am soft. If you haven’t stroked a fat body and enjoyed its softness, you are missing out on delight.

I am a delight to behold.

Over the years, I’ve spent a lot of time and energy trying to disguise my fatness from the rest of the world. Of course, now I have realized that not only is it pointless (I am fat – it’s a fact and everyone can tell), I have also come to the point where I just don’t care who knows.

I used to shop at the same stores that my thin friends did. That meant Artizia (Canadians will know this is a store that goes to a size XXS but only an L and a small one at that), Mountain Equipment Co-op (outdoors store), and Lululemon. Of course, my size means I can’t fit into most of the things in those stores but there were a few styles that worked (ish) for me and so I would buy them, thinking this would make it seem like I could fit straight sizes. I squeezed into the design ease or took advantage of the fabric’s stretch. I spent money on coveted accessories – Frye boots, nice bags. I tried to hid my fatness behind these symbols of thinness.

I would pretend I didn’t shop at plus sized clothing stores. When I absolutely had to go to Additionelle (plus sized clothing store), I would actually park in front of a different store and furtively scuttle into the shop, making sure no one I knew was around. I wouldn’t accept a store bag, give my address (didn’t want mail from them to appear at my house), or buy anything that was their house brand except underwear (i.e. nothing that might make someone ask where it was from).

When my body would do “embarrassing” things, I would feign surprise or lie about what was happening. For example, once I was running shuttle runs with a friend and as I turned, my belly slapped against my thigh, making a fairly loud noise. She was surprised and asked what it was. Because I was mortified that my belly touched the top of my thigh, I lied and told her my hand hit my leg as I ran. I don’t think she bought it.

And so it continued. For years. Me believing that my body was weirdly shaped and that I was fooling people. And I certainly had reinforcement from people that it was imperative that I keep up this pretense. As my friends complained about not fitting the size 2 or XS properly…that a 4 was just “huge”, I would wonder with shame if they even had a comprehension of what size number I was. My own internalized fatphobia was real.

What was really missing in my life was representation of fat folks’ bodies. Real fat bodies. And especially fat bodies wearing clothes that I liked. I found it on sewing Instagram and the Curvy Sewing Collective. I came to the realization that the way extra flesh was deposited on my body was the same as on other people of size. I learned the term “shelf butt”.

I’d never sewn much for myself. When it was my job, I was typically sewing for runway models, actors, or other thin people. I was nervous. I was scared I’d make things too small and it would be depressing. But I jumped in and made it work. I figured out the shapes my patterns needed to be to fit my fat body.

I’m learning what I love to wear. What feels like me. For so long, I bought what fitted – both my body and my fatphobia. Now I’m able to choose exactly what I’d like to wear. I’ve made some garments that I don’t reach for and that’s ok. I’m behind in this regard because I only just began. And I am learning about my own intersectionality – race, size, sexuality. I have recently learned that I can wear yellow-based browns, having always been told they didn’t suit my Asian skin tone. Mustard is next to try.

The other day, a close friend told me she really liked the clothes I’d been wearing lately. She said that I’d always seemed uncomfortable and would be readjusting and pulling at them and now I seemed so much more comfortable and my clothes fit so much better. So, I suppose the only person I had been fooling was myself.

Hello, I'm Leila. Here is where I periodically update with things I have written that I think are important. Check out my About me and Services sections